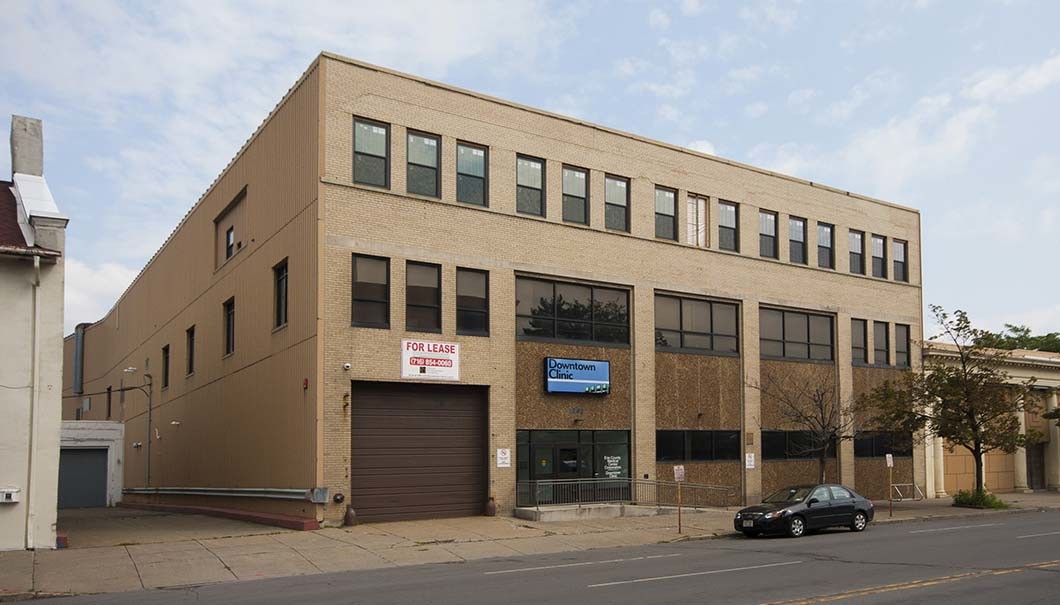 This property is a three-story 86,000 square foot building, and is the former home of the W.S. Hein Publishing Co. Before it’s purchase in 2013, W.S. Hein & Company used the space to publish books throughout New York state since the early 1970s. The second floor has since been renovated into approximately 11,500 square feet of office space for ECMC.

The remaining 20,000 square feet on the third floor has been renovated into nineteen market-rate apartment units. Parking for these apartments is accommodated by 28 parking spaces constructed in the basement. The spaces are accessible from the south side of the building through Northampton Street.

As part of the renovation, new windows have been put in previously installed openings behind the existing metal panel on the third floor of the building. The existing third floor windows on the Main Street elevation have been replaced as well.