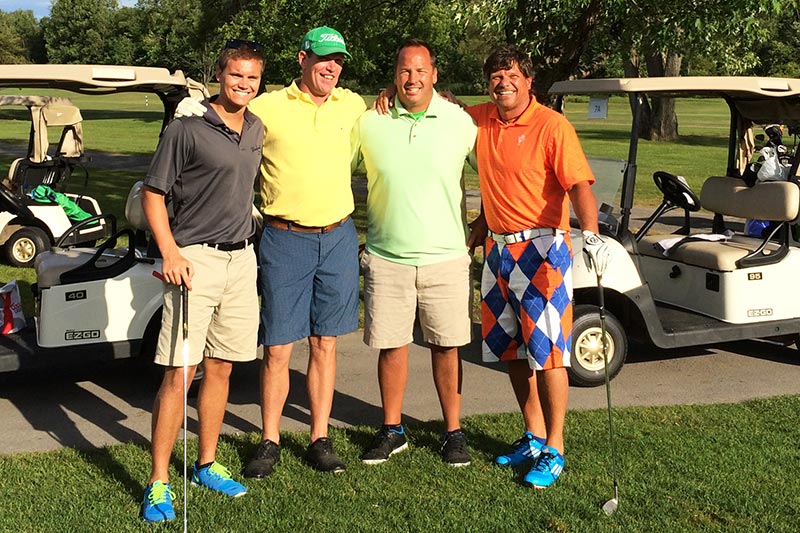 This year has marked the 20th anniversary of the golf tournament, an event where vendors, friends, and family of Ellicott Development Company get together to play golf. On Saturday, August 1st, over 100 golfers participated with groups of four on each team. All funds brought in are donated to charities that are determined by the five committee members, Leon McCoy, Barbara Juryniec, Marie Mauro, Kathy Linhardt and Joe Hannon (all employees of Ellicott Development). Last year’s donations went to Wounded Warrior Project, City of Buffalo Animal Shelter, Joyful Rescues, and Wings Flights of Hope. Donations also allowed us to send boys to Boy Scout Camp.

Each year, Ellicott Development honors someone who has passed away. This year we honored “The Boss” Robert Liguori Sr. and committee member, Nickie Rosati; both who have gone to play golf in heaven.

To everyone who has been involved and participated in our golf tournament, we appreciate you and your support for a great cause. We hope you had a wonderful time. Cheers to 20 years!