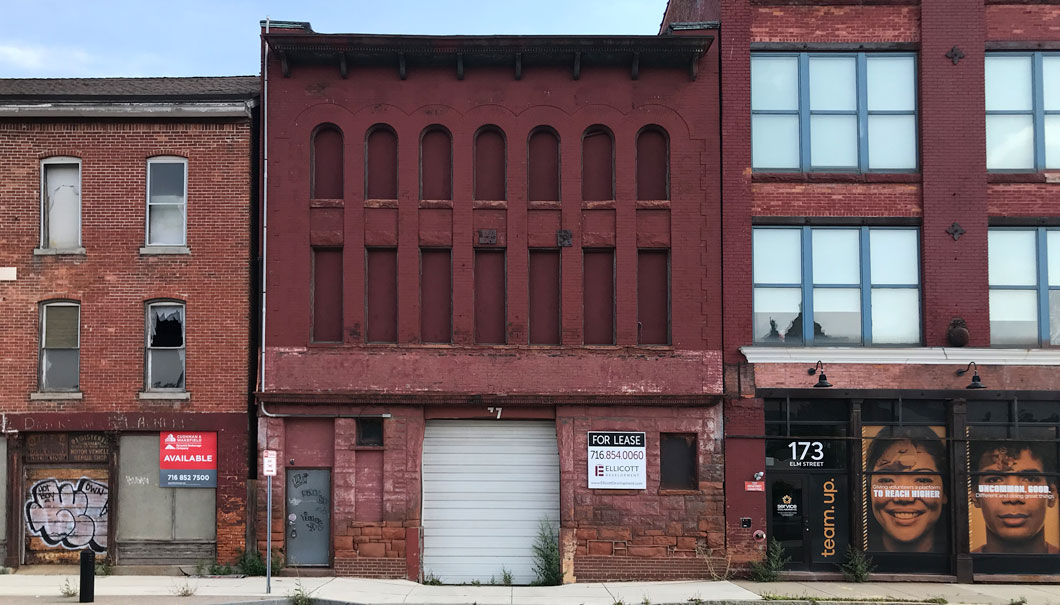 177 Elm is a vacant three-story brick and wood-frame building, which was constructed as a livery in 1891.

We are working with the State Historic Preservation Office (SHPO) and National Park Service (NPS) towards the creation of a National Historic District to include 177 Elm Street along with 3 neighboring structures which exemplify a rare example of extant late 18th century commercial buildings that would have once characterized this area of the City. Accordingly, the rehabilitation of 177 Elm Street will include a detailed scope of interior and exterior work in accordance with the Secretary of Interior Standard for Historic Rehabilitation in turn highlighting the original finish and character of the building.

We propose to renovate the interior of the building into a mix of uses. The first floor would include flex retail/office space fronting on Elm Street and a market-rate apartment unit in the rear. Floors 2 and 3 would include 8 additional residential units.