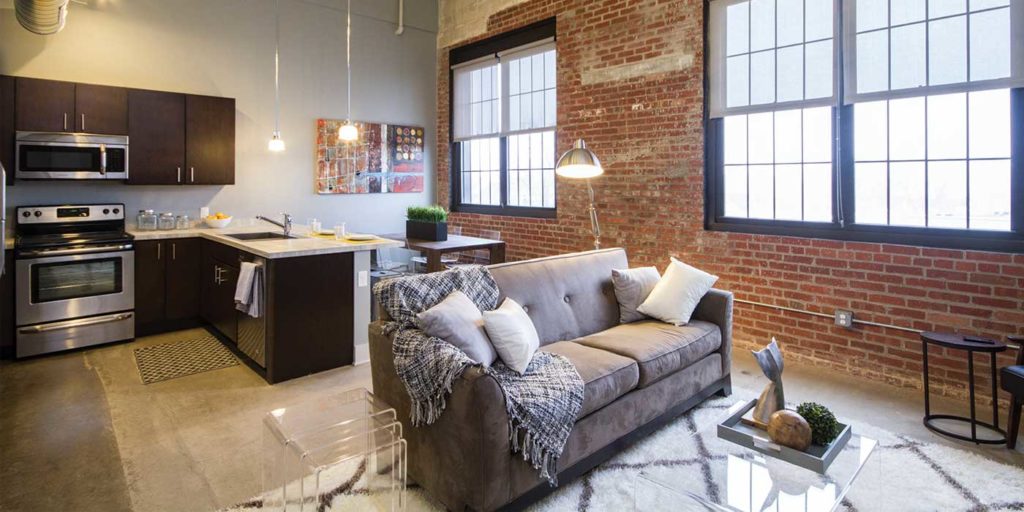 Buffalo, New York is a city rising from its rust-covered past. It has grown significantly in recent years as it attracts new industry and professionals willing to move to its historic downtown area. This growth comes along with a significant increase in rent prices in many areas. While rent has certainly increased, the relative safety and high number of amenities throughout the city provide value for the payments Buffalo renters continue to make.

The average price of apartments in Buffalo has risen steadily in recent years. This rise has correlated with a general revitalization in the Buffalo area. For many decades, the cities of the Rust Belt suffered from outsourced jobs and general decay in their downtown sectors. But there has been an influx of people and business in recent years that have created more demand for apartments. More demand means higher prices, more people, and more businesses that are fueled by those new people. Prominent companies like Ellicott Development continue to build high-end, award-winning complexes to add to the city’s housing stock.

In fact, Buffalo’s apartment rates are the third fastest-growing rates in the entire country. The rates for apartments can vary widely. On the low end, one-bedroom and studio apartments can be found for around $900 per month. Higher-end and larger apartments go for at least $3,500 in some instances. Such payments do not take into consideration the importance of a security deposit or rental insurance. Those expenses, along with utilities and any transportation costs, make Buffalo a modestly expensive place to live compared with the expenses of the average American.

Rising apartment prices in Buffalo are at least somewhat offset by a rise in the amenities offered by the city in general. Downtown Buffalo is a particular hub for a number of different amenities that can attract potential apartment buyers. For instance, downtown Buffalo has a wide variety of famous architectural sites and landmarks. There are a wide variety of shops, restaurants, and music venues downtown. Buffalo is home to a zoo, a science museum, and an art museum. The Niagara River is a destination for several parks and boat tours. These amenities are comparable to many of the nation’s largest cities. They are provided in Buffalo at a lower apartment price than bustling hubs such as New York or Chicago.

Outside of the downtown area itself, there are several other sites that are only a short drive away from the city. An individual can visit Niagara Falls and take a trip to Canadian cities like Hamilton or Toronto for day trips. There is no major American city closer to Niagara Falls than Buffalo and few that are so close to major Canadian cities. Also, Buffalo has relatively convenient access to a large ring of parks designed by Frederick Law Olmsted and several New York state parks as well. These natural areas are only a short distance from many apartments located in the city.

In addition, individuals can take advantage of the city’s metro system. The metro is a helpful piece of infrastructure that can allow an individual to live in the city without owning a car. Numerous large cities across the country such as Charlotte, Raleigh, and Atlanta do not have a sophisticated metro system. These cities did not develop at a time when citywide infrastructure was well-funded like Buffalo did. As a result, their roads are clogged with traffic and jobs practically require personal transportation.

One could safely and easily live in Buffalo without the stress and expense of a personal car. This aspect of Buffalo makes rental comparison somewhat easier. While the rent of a comparable apartment may be more expensive in Buffalo, overall expense ratios will be decreased compared to a city where one must use gas and drive a car for several hours per week.

Buffalo has a relatively high crime rate compared to the national average for all cities. It has the 22nd highest rate of violent crime in the country. However, simply looking at this crime rate misses the nuance of crime in a city like Buffalo. Crime in Buffalo is relatively low compared to many similarly situated Rust Belt cities. For instance, on that same list comparable cities such as Lansing, Cleveland, and Detroit. Detroit had nearly eight times the murders that Buffalo did in the past year. Buffalo’s murder and violent crime rate is reducing over time in a way that is making the city safer overall.

In addition, the crime rate in Buffalo is mostly confined to several neighborhoods. These neighborhoods include Jefferson Avenue and the intersection of Broadway and Fillmore. High crime neighborhoods are often not the neighborhoods where large apartment complexes are being built. Buffalo authorities have significantly decreased the violent crime rate around the downtown area in recent years. A vast number of parks, shops, and restaurants located near downtown are safe to visit throughout the day.

Many Americans are hoping to move to Buffalo in the next few years. They want to take advantage of the city’s many amenities and fast-growing technology sector. These individuals may be somewhat surprised by their high rent payments. They may note those payments increasing ever since they even moved into the city. Companies like Ellicott Development help these individuals find the best apartments for their money and aids them while they are renting. Individuals may at first be alarmed by high rent prices in the city. But Buffalo offers a degree of amenities and safety that make those rent payments worth it.