Six weeks after completing the move to its new offices at the Fairmont Creamery building, Liazon is ramping up its staffing rapidly.

The company has moved its 130 local employees into the 15,000-square-foot eighth floor space on Scott Street, but plans to add dozens more this summer as the seventh floor space is built out.

Liazon, a private benefits exchange operator, is the anchor tenant at the eight-story building, a 126,000-square-foot site under development by Ellicott Development Co. Plans for the facility also include apartments, a microbrewery and a restaurant, along with commercial and business space.

By the 2014 fourth quarter — peak health benefits timing — the company expects to have another 40 employees on staff, with even more on board by the end of first quarter 2015.

Founded in Buffalo seven years ago, Liazon was sold last fall in a $215 million deal by Towers Watson (NYSE, NASDAQ: TW), a global professional benefit services company. The company has since grown to 160, including 25 at executive offices in New York City and virtual sales staff off-site.

Though some worried about how a merger or sale would impact the company and its existence in Buffalo, company executives say the relationship with Towers Watson has further validated Liazon’s business model, and its long-term viability for potential clients and employees.

“We’ve hit a tipping point in terms of market awareness and understanding of the concept of a private health exchange,” said Ashok Subramanian, Liazon’s CEO and co-founder. “No. 2, we now have with us the power of the relationships and the brand of a 14,000-person worldwide organization. Those are things you just can’t build from the ground up.” 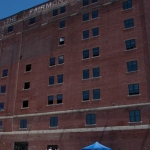 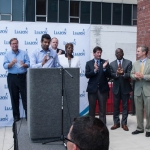 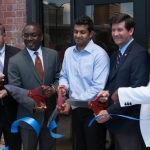 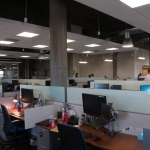