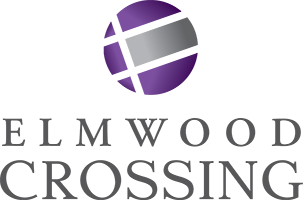 On several fronts — some more visible than others — the development team behind the $100 million-plus Elmwood Crossing project continues to move forward.

Elmwood Crossing, a joint effort between Ellicott Development Co. and Sinatra & Co., is the proposed plan to convert the former eight-acre Women & Children’s Hospital of Buffalo site from an urban medical center into a mixed-use community.

“We’re not sitting back,” said Nick Sinatra, Sinatra & Co. president and founder.
Here is an outline of what is taking shape:

“We are being very diligent,” Paladino said. “Predevelopment work, especially in a project of this scope, is extremely important and can’t be rushed.”

He noted the development team has invested nearly $7 million on consultants and specialists related to the project.

The Ellicott/Sinatra team was named as the designated developers by Kaleida Health in mid-July 2017. The hospital didn’t close until early November when it shifted to the Buffalo Niagara Medical Campus and Kaleida needed a few extra months to remove equipment from the building.

“From 10 months between buying the property and getting our first shovel in the ground is an extremely fast pace,” Sinatra said.

Hughes said his organization is very pleased not only with Elmwood Crossing’s progress but also the level of transparency that has gone into the project.

“Admittedly, Ellicott and Sinatra were put in a very difficult position, but it was also a very unique opportunity,” Hughes said.

Plans call for the development of 20 townhomes, 47 condominiums, 240 apartments — with 20 percent, roughly 48 units being designated for low-to-moderate income residents. The affordable units will be spread among several of the Elmwood Crossing buildings.

Also proposed is a hotel, restaurants, retail and an EduKids day care center along Hodge Avenue.
The project has been backed by the Bryant-Oakland-Summer Association Inc., a group of area homeowners.

In all, some 690,000-square-feet of space — much of it renovated from existing Children’s Hospital buildings — will be spread around the Elmwood Crossing campus.

“Knocking down the hospital would have been easier, from a development standpoint,” Sinatra said. “But instead, to be more neighborhood-friendly, we are retrofitting a lot of buildings that have been chopped over time.”

Paladino said he hopes a second wave of construction can begin in the spring with the EduKids day center on Hodge Avenue and the W. Utica townhomes that are being developed in conjunction with Essex Homes of Western New York.

By late spring, work could begin on the mixed-use W. Utica Street building that will house the grocery store and upper level apartments, Paladino said.

Interior renovations inside the main hospital tower could also begin by late winter.
“We’re about a bigger vision for Elmwood,” Sinatra said.

“I think we’ve come with something that is good for the neighborhood and for Buffalo,” Paladino said.