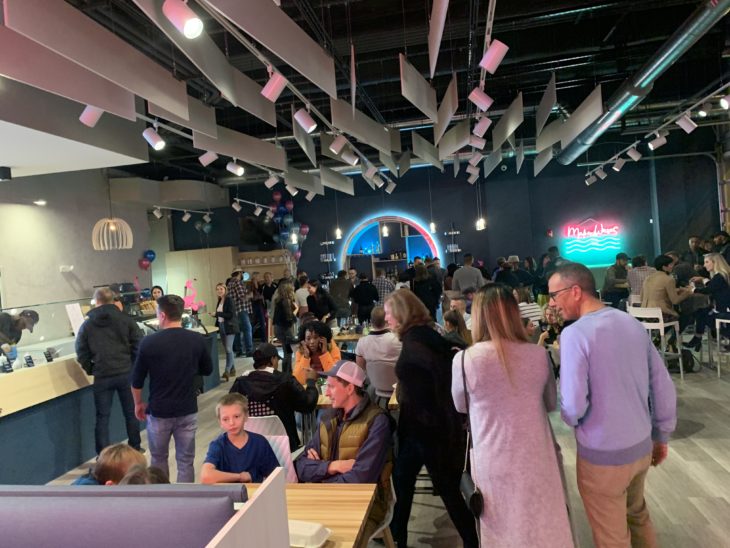 A sleek new fresh catch diced raw fish establishment has opened at the 500 Pearl, taking the complex one step further towards becoming one of the most well rounded destinations in Downtown Buffalo. Fresh Catch Poke Co. is the second to open in WNY – the first opened in Williamsville to a rave reception, which prompted owner owner Mike Tobin to take a look at the city. During an opening reception Friday evening, Tobin told me that the downtown location differs from the original location in that it has a full bar with an emphasis on “mocktails”. He said that the concept “…should really set us apart,” and I believe that he’s right. I tried a couple of the “mocktails” and was completely smitten with the “Ging’ & Juice (carrot, celery, ginger, agave, citrus, turmeric). It was one of the most unusual drinks that I had ever tasted. In fact, when I first sipped it, I didn’t exactly like it, but by the fourth sip, I already knew that this was a sleight of hand slice of heaven.