Infill at Waterfront Village continues as Ellicott Developments’ nine townhomes on Ojibwa circle are under construction. The company originally planned to construct a few and build the rest as demand warranted, but interest in units has been strong enough to justify full build-out. 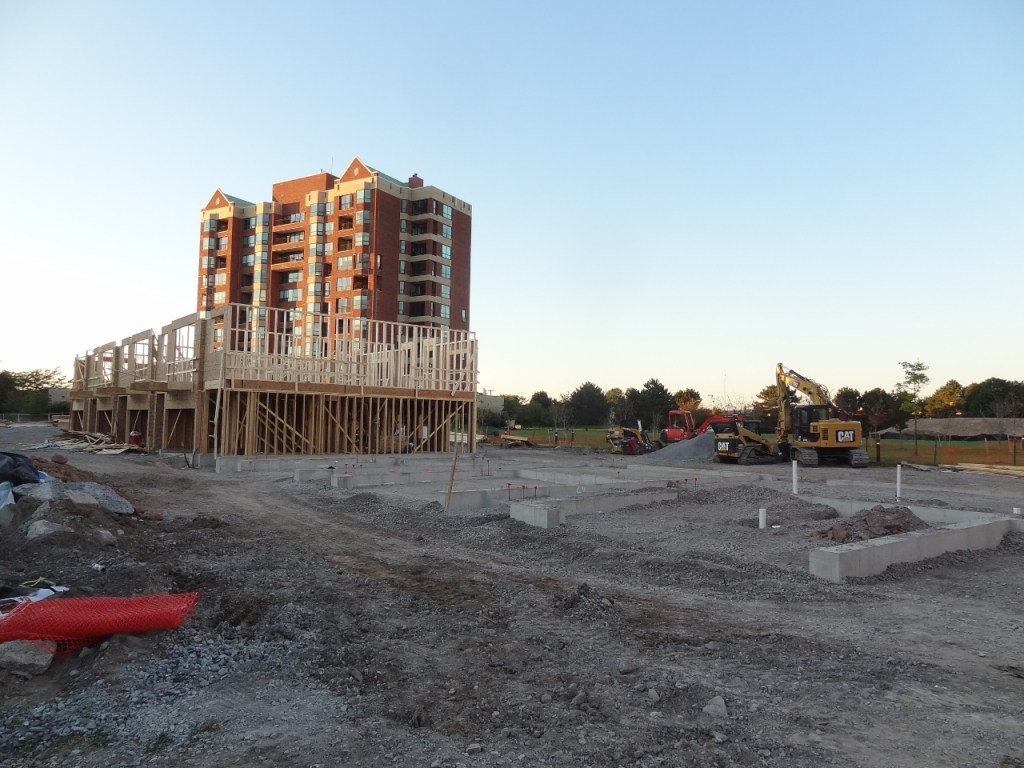 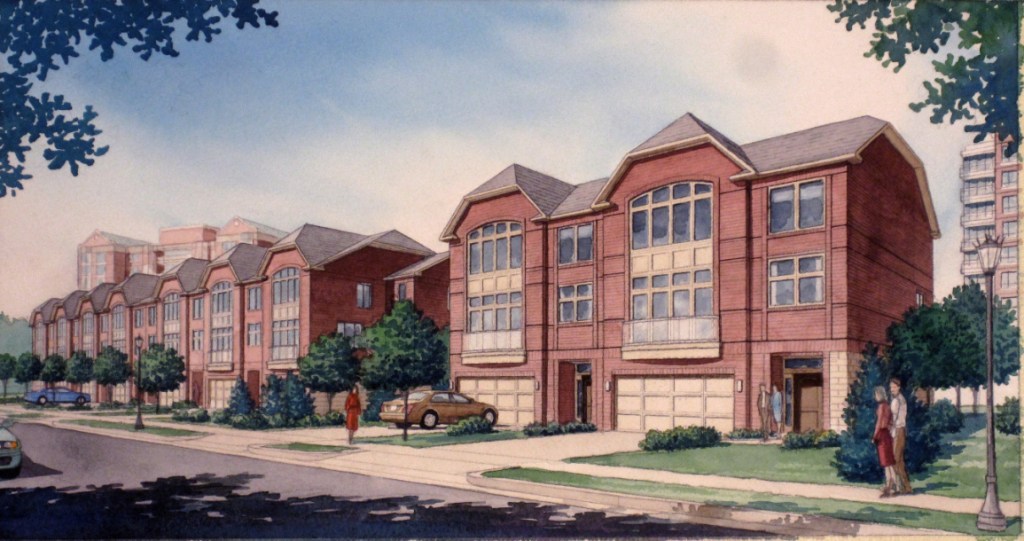 Townhomes offer open floor plans with 9’6” ceilings on the main level and secluded outdoor patios overlooking a private one acre park. Two separate buildings – one with two units and one with seven – allows for more of the desirable end-units and functions as a pass through to the private park area. 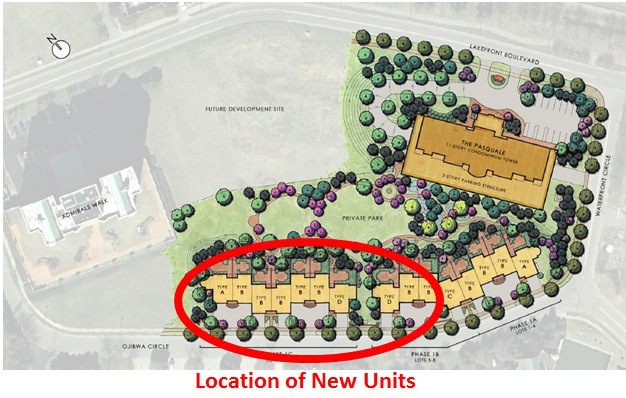 The townhomes complement a previous phase constructed in 2008-2009 in which five units were built next door. 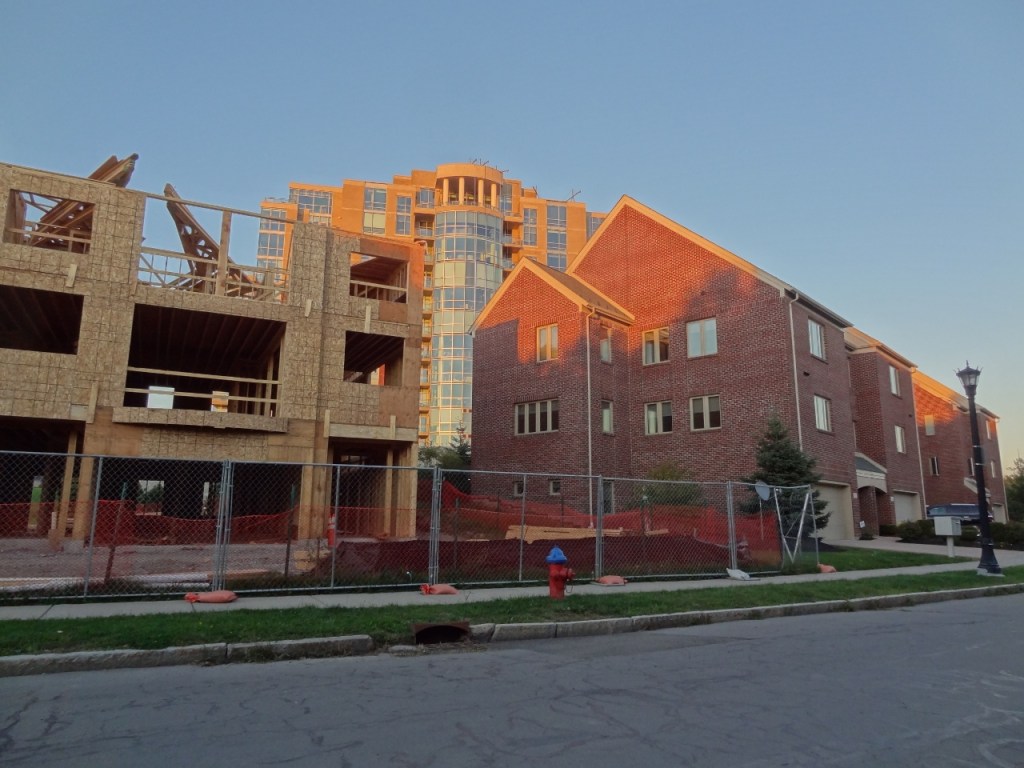 Units were designed by AP Architects.