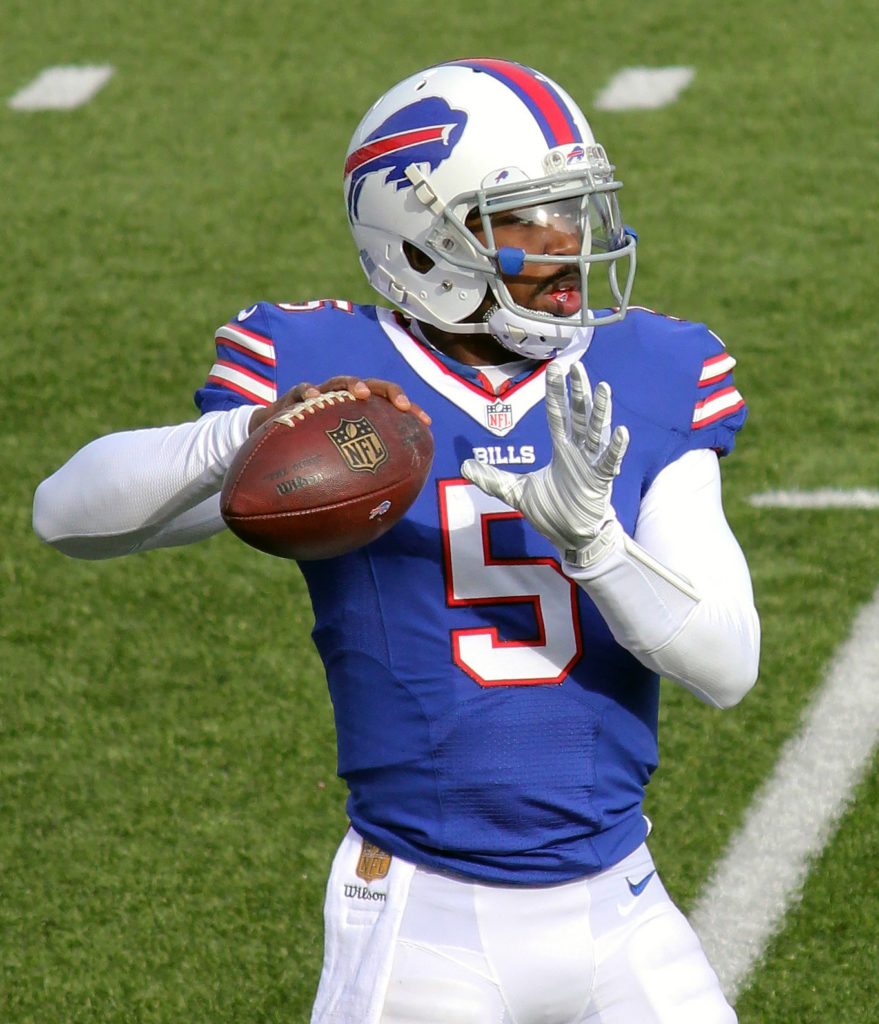 Jalen Ramsey’s game sealing interception of Nathan Peterman ended the Bills’ season on Sunday afternoon. The five minute long review of the interception was excruciating for any Bills’ fan, but ultimately the referees could not overturn the interception. Just like that, Buffalo’s first playoff appearance in 17 years was cut short.  The game featured dominating defense from both teams, but it was a number of turnovers by the Bills that cost them the chance to see the divisional round this season.

The Bills dominated the Jaguars offense, holding them to 230 total yards and less than 90 yards passing. However, timely big runs and a precise touchdown pass by Jacksonville QB Blake Bortles in the third quarter put this game firmly in the hands of the Jaguars. Most importantly for Jacksonville, Bortles and the Jaguars’ offense were able to stay mistake-free all game and gave up no turnovers.

The Jaguars’ defense kept starting quarterback Tyrod Taylor and company at bay all game as well, holding them to 260 total yards. The biggest differences were the two interceptions thrown by the Bills in the game, the more costly of the two coming from Nathan Peterman on the last drive after Taylor had to come out due to a neck/head injury from a vicious hit.

In the immediate aftermath of this game it is hard to not be disappointed as a Bills fan. There seemed to be opportunities all game for them to take control, but they were never able to. However, it is important to have perspective on this season for the Bills.

A playoff season was fairly unexpected from Bills fans and NFL experts alike. Despite a first year head coach and a rough middle stretch of the schedule, the Bills showed resiliency to defy the odds and make the playoffs. Going forward into the 2018-2019 season it will be important for the team to build off this success and make sure the playoffs are not a one-time fluke.

Going into this off-season, the Bills’ front office has a lot of important personnel decisions to make to transform the team from playoff contenders into division contenders, then eventually Super Bowl contenders. The Bills will look to build through the draft and free agency.

The Bills currently have 8 picks in the upcoming draft, including 4 picks in the first 2 rounds. These picks will likely give fans and the media a look into how the team is looking to build for the future.

With Marcell Dareus leaving via trade in October, and Kyle Williams heading to free agency, defensive tackle is a position the Bills will look to bolster this off-season through the draft and/or free-agency.

The Bills will also certainly look to strengthen an offense that scored 3 points on Sunday during the off-season. Adding a play-making wide-receiver and depth at running back behind LeSean McCoy will be priorities to add a spark to the offense.

Until Next Season Bills

There will be a lot of hype surrounding the Bills going into next season. With more continuity from McDermott heading into his second season, it will be exciting to see what the Bills will accomplish next season.

Thank you From Ellicott Development

As the Official Hotel Sponsor of the Buffalo Bills, Ellicott Development would like to thank the Bills for an exciting season and we look forward to many more playoff seasons to come. We would also like to thank all of the Bills’ fans that chose to stay at one of Ellicott’s Buffalo Hotels for a Bills’ game this season. It was our pleasure to have you.