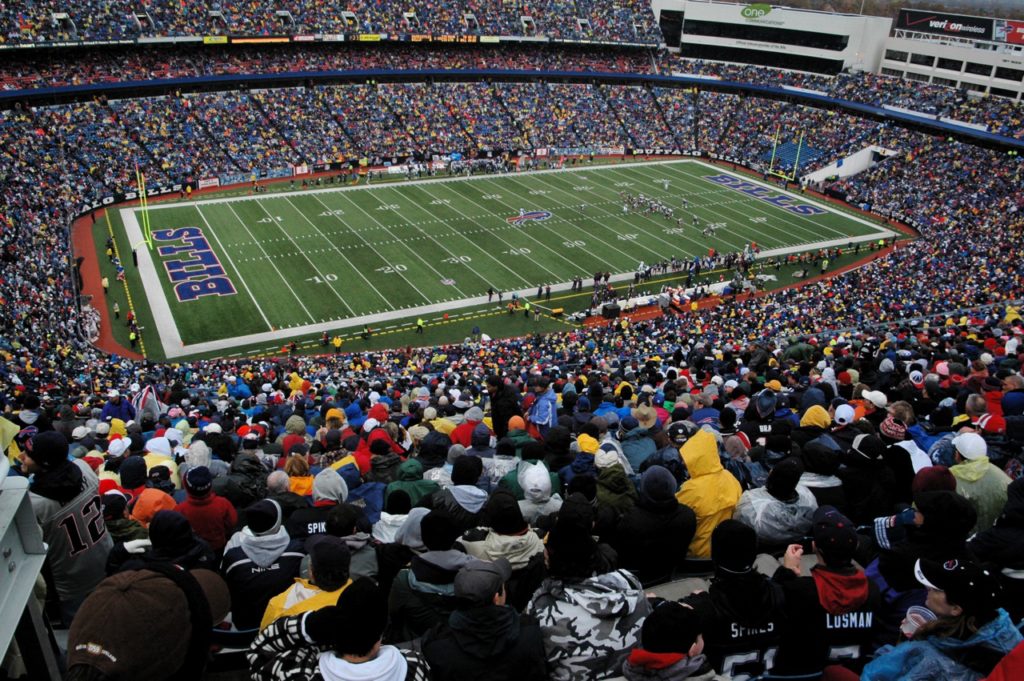 The Race for an AFC Playoff Spot Heats Up

It has been a roller coaster season for the Bills and it continued on Sunday with a 16-10 road win over AFC foe the Kansas City Chiefs. The win was sealed by Rookie Tre’Davious White’s interception of Alex Smith with less than two minutes remaining. Despite a rough 3 week stretch which saw the Bills losing to the Jets, Saints and the Chargers, this win puts the Bills squarely in the hunt for an AFC Wild Card Playoff spot.

If the Bills are going to beat out the other AFC teams fighting for a Wild Card Playoff spot, they are going to have to navigate their final stretch of games which is loaded with their Division Rivals. Four of the Bills final five games come against Miami Dolphins and the New England Patriots. At 9-2, the Patriots have a substantial lead in the AFC East race. If the Bills want to have a chance to be named AFC East Champs for the first time since 1995, they will need to beat the Patriots twice in this final stretch of 5 games. This is a tall task no doubt but if the Bills are able to regain their early season form, where they went 5-2 in their first 7 games, it is not out of the question.

These games will be decided by the passing attack for both teams. The Bills have rushed for more yards than their opponents this season, however they have been substantially out-passed this season. It will be important that the Bills establish a passing game with Tyrod Taylor, and do their best to limit Tom Brady and his offensive arsenal. For the sake of the wild card spot it is important that the Bills beat the Patriots at home this Sunday, December 3rd. Their other two division games come against the Miami Dolphins. The 4-7 Dolphins are not out of the playoff hunt but their chances are rather slim after losing their last 5 games, most recently getting beat handedly by the Patriots 35-17. The Dolphins have been plagued by uneven offensive play all-season, which began with their starting QB, Ryan Tannehill, being injured in the preseason. Since then they have been rotating Jay Cutler and Matt Moore at QB and neither has been able to find their stride. The Dolphins raised a white flag of sorts at the trade deadline by trading starting Running Back Jay Ajayi. It will be important that the Bills create turnovers in these games and use the Buffalo, NY weather to their advantage in their December 17th home game against the warm weather Dolphins.

The Bills will also need to make sure they do not overlook their home game against the 3-8 Indianapolis Colts on December 10th. Every game will be important in clinching a playoff spot and the Colts will be playing for pride at this point in the season.

Visit Buffalo and Root on the Bills

With 3 straight home games in December, this will likely be your last chance to see the Buffalo Bills at Home this season! If you are planning on coming up for one of these important home games and need a hotel in Buffalo NY, look no further than the Official Hotel Partner of the Buffalo Bills, Ellicott Hotels! Our hotel options near Ralph Wilson Stadium include the Country Inn & Suites – Buffalo south, Staybridge Suites Buffalo and the Hampton Inn South. Visit our website to check availability for these locations.