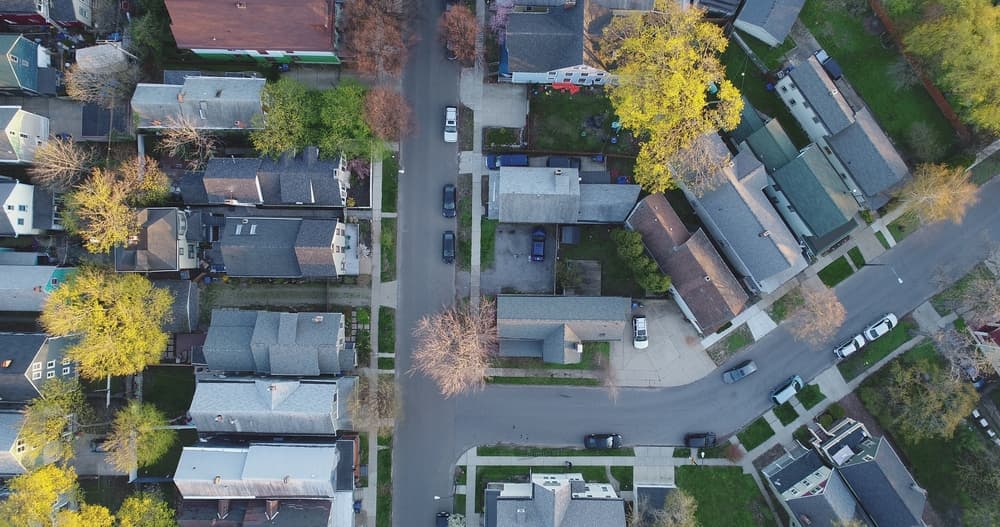 As you read about the best neighborhoods in Buffalo, NY, you’ll learn about the following:

Buffalo, NY, is a beautiful city with a rich history and bright future. Buffalo is an excellent choice if you’re looking for a new place to live with ample employment opportunities.

Of course, before you move, you need to find the perfect area to settle down. How can you tell which are the best Buffalo, NY, neighborhoods for newcomers?

Fortunately, Ellicott Development has your back. With this handy guide, you can learn about the highest-rated neighborhoods and find the perfect spot to put down roots.

As you may have guessed, North Buffalo is north of downtown, and it is heavily populated with Italian-Americans, as evidenced by the many Italian restaurants, bakeries, and stores prevalent in the area. Due to its pedestrian-oriented environment, North Buffalo has experienced an influx of young professional homebuyers.

A big draw for young people is the relatively low cost of living. Compared to other areas of the nation, North Buffalo is over 20% more affordable. This affordability holds for real estate and rental costs as well. Overall, North Buffalo is ranked as one of the top places to live among Buffalo neighborhoods, and it’s easy to see why.

South Buffalo is a neighborhood that makes up the southern third of the City of Buffalo. It is traditionally known for having a large Irish-American population, and was once home to many steel mills, automotive parts manufacturers, petroleum refineries, foundries, and machine shops.

The cost of living is relatively low, and most residents own their homes. If you’re a young professional looking to stake your claim in Queen City, this neighborhood is an excellent choice, as it’s ranked #3 among the best Buffalo neighborhoods to buy a house.

Elmwood Village is in the central part of Buffalo and, in 2007, was named one of the “Top 10 Great Places in America” by the American Planning Association. Elmwood Village offers a lot of bars, restaurants, coffee shops, and parks.

Many young professionals live and gravitate towards Elmwood Village, and most residents rent their homes. This neighborhood is great for families and has an excellent nightlife. The crime rate is also relatively low as well.

Named after Lewis F. Allen who came to Buffalo in 1827 to serve as Corporate Secretary and financial manager of an insurance company, Allentown is the first neighborhood north of Downtown Buffalo. Allentown is also known for its embrace of bohemian, hipster, and gay culture. Many residents enjoy the feeling of safety as they take advantage of this area’s many amenities:

As far as real estate goes, Allentown is above the national average when it comes to home value. The median is $292,342, which leads to 77% of residents renting vs. owning.

Located within walking distance of the central business district and Lake Erie, the Historic District is a beautiful neighborhood reflecting architectural styles of the late 19th century including:

The Historic District is one of Buffalo’s oldest and most intact neighborhoods. It contains 102 structures built between 1854 and 1914, with most being single-family dwellings and apartments.

Kenmore is in the south part of the town of Tonawanda and has been named “One of the Top 10 Great Neighborhoods” in the United States.

Kenmore, an appealing blend of traditional and reinvention, offers long-running businesses and newcomers such as:

Despite the cost of living being higher than other Buffalo areas, it’s actually lower than the national average. All these benefits combined make Kenmore a great place to live and offer residents an urban suburban mix feel.

The Waterfront, or Canalside, is at the heart of downtown Buffalo’s waterfront revitalization. There are many parks along the waterfront, great for picnics or the occasional bike ride. Many water sport enthusiasts love to come down and paddle boat or kayak as well.

Many events and concerts occur here throughout the year too. They are typically free or low cost to the public.

Are you ready for Buffalo, NY, city living? Then you should take a look at the many properties available through Ellicott Development. We offer various apartments throughout the city, ensuring you can find the perfect living space in your preferred neighborhood. Whether you’re drawn to modern decor or like the comfort of brick-and-mortar, we have you covered.

Additionally, our complexes provide many amenities to residences, such as pools, on-site gyms, and even shared workspaces. If you want to add a little luxury to your life, renting with Ellicott Development is the way to go. Ready to find your new home? You can contact us at 716-854-0060 or see available spaces online.