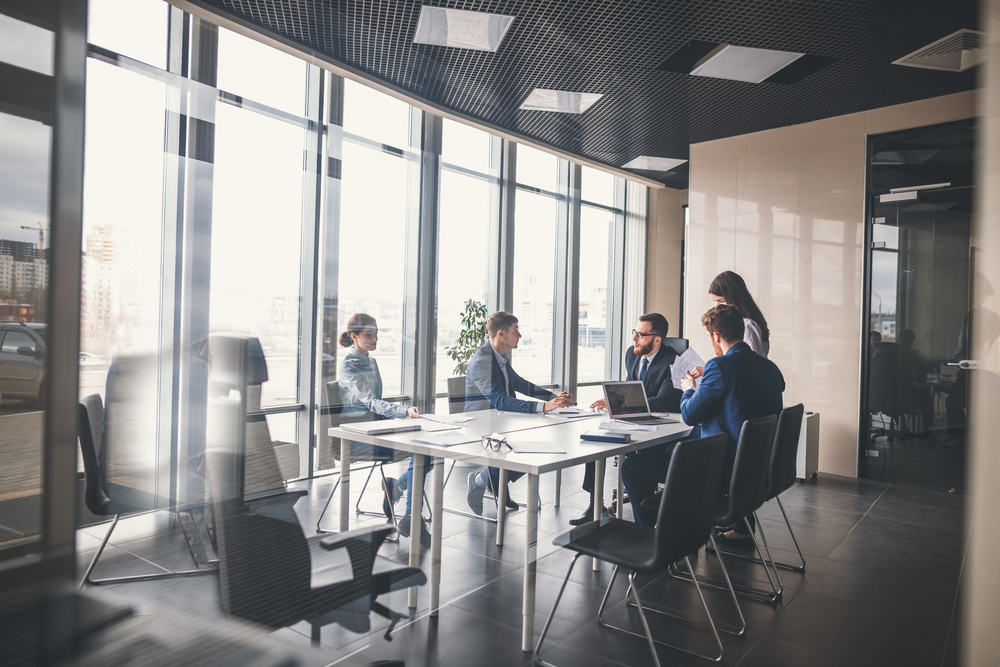 Before the pandemic, the business community in Buffalo experienced a period of great optimism and excitement. While the restrictions, mandates, labor shortages, and supply chain issues caused some setbacks, companies in the Buffalo area still hold a positive view of the future. Experts believe that recovery will happen quickly and bring a new commitment to diversity and serving the disenfranchised. Learn more about what’s on the horizon for Buffalo in 2021 and how Ellicott Development can help you make the move.

In and around Buffalo, NY is a great place to start or relocate your business. The economy is strong, and Ellicott Development has the knowledge to help you find the perfect location. This optimistic view isn’t just wishful thinking; it’s based on measurable facts and data. Here are just a few of the factors that indicate a bright economic future ahead in the area.

Before the pandemic, the United States Real Gross Domestic Product was projected to move upward by 2.0 percent in 2020 and 2021. New York State was in the midst of a pattern of 36 consecutive quarters of job growth and the most prolonged period of growth in employment in its history. In 2019, private sector employment in New York State grew by 1.4 percent, and wages were projected to continue to grow over the next two years. Though the pandemic might have derailed progress temporarily, the economic recovery appears strong.

In December 2019, the United States saw the 126th straight month of economic expansion, the longest in history, breaking the previous record of 120 months between March of 1991 and March of 2001. September, November, and December of 2019 also marked the lowest unemployment rates since December of 1969.

In the first quarter of 2019, stabilizing interest rates and recovering equity markets inspired confidence and optimism. Data from the spring indicated strong growth to come, which was undaunted even when concerns about recession arose in the summer. By the last quarter of 2019, uncertainty over economic policy and trade tensions eased, and three Federal Reserve rate cuts encouraged further positivity toward commercial business economic growth. A strong showing by the consumer and housing markets and positive payrolls report in November contributed.

Then along came the pandemic and the world seemed to change overnight. However, as the country begins to recover, the OECD Interim Economic Outlook Report issued in September of 2021 sees a reason for hope, especially as vaccines become more readily available. The report pointed out that GDP was already exceeding the pre-pandemic levels.

In 2018, private sector employment in New York State grew by 1.5 percent. The growth continued into the first half of 2019 at 1.7 percent in the first quarter and 1.5 percent in the second. While it slowed slightly in the second half of 2019, growth continued at a rate of 1.4 percent, spurred on by jobs in specific fields such as healthcare, construction, and transportation. While the pandemic temporarily derailed the New York State economy, experts predict that the recovery to pre-pandemic growth levels will be swift.

Public sector job growth is not likely to rebound as quickly as the private sector, as it has lagged since the Great Recession. For the public sector, growth in 2018 was 0.6 percent, and the 2019 figure was 0.3 percent. Employment growth rates in New York State were similar in 2018 and 2019 at 1.3 percent and 1.2 percent, respectively.

For the third quarter of 2019, retail trade via E-commerce in New York State was about $40 billion. Projections for the fourth quarter of 2020 predicted $58.2 billion by the final quarter of 2020, a figure that is 11.2 percent higher than the national average. Several factors contributed to these projections:

Where to Learn More

If you’re looking for a partner in the business community in Buffalo, Ellicott Development is the only name you need to know. For more than 40 years, we’ve provided a full complement of real estate services in Buffalo, Upstate New York, and Western Pennsylvania. From property management to real estate development, commercial and residential, we have the knowledge and the professional team to help you reach your goals. Contact us today to learn more about our apartments, commercial buildings, and other properties available for sale and lease.